Love is not opposed to fear


Some will tell you that fear is the opposite of love. And in this teaching the war begins.

But love has no opposite. It is whole and without division. It is the field in which all form comes and goes, including the temporary, wavelike appearance of fear. It is the vast, creative space in which all experience arises, plays for a short while, and then dissolves.

Just like passing clouds could never taint the purity of the sky, the temporary dance of fear could never stain the majesty of what you are.

While it may appear otherwise, love has no bias for the appearance of courage over fear, multiplicity over oneness, or clarity over confusion. Each is an expression of love, an emanation of the body of the beloved as it makes its way into the world of time and space through the vessel that is our consciousness.

Everything is path, including the raw, immediate, somatic experience of fear, if it is not abandoned, rejected, and made into an enemy via spiritual theory. It is by way of relationship, turning toward the visitor that the images hidden within it can be liberated. Not a drowning in the energy, nor a fusing with it, but surrounding it with curiosity, warmth, and care.

Fear is a temporary visitor in the nervous system, longing to be known, integrated, and metabolized in the spacious wholeness that you are. It is not an enemy to enter into imaginary spiritual battles with. Call off the war and set aside the pain of a spirituality of aggression.

By pathologizing fear—concluding that its mere presence is evidence that something has gone wrong and that you have failed—you attack your vulnerability and keep alive the pathways of self-abandonment.


Love is not opposed to fear, but wishes to embrace it, hold it near, and provide sanctuary for its essence to unfold. Love would never turn from any of its children, including the temporary, wavelike child of fear.

When fully met and safe passage is provided, fear is able to reveal itself, like all other form, as none other than love in disguise. Fear is not the opposite of love, for love has no opposite. 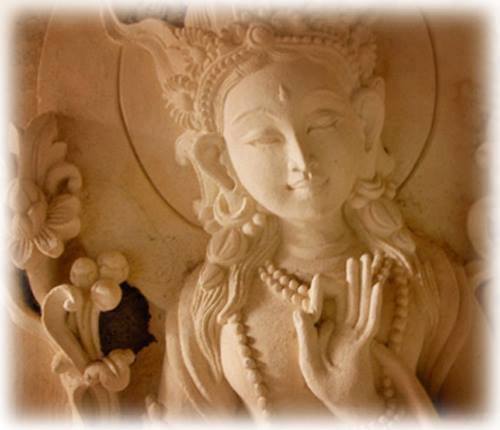 Befriending Yourself - you are invited to join me and my friend Jeff Foster at our new online membership site at the intersection of spirituality, meditation, and depth psychology. Dialogues, teachings, practices, live meditations, and a moderated support community.

The next retreat - The Deep Rest Retreat: Slowing Down and Befriending Yourself in Difficult Times - September 4-9 at Sunrise Ranch in Loveland, Colorado - registration to open soon

My most recent book – The Path Is Everywhere: Uncovering the Jewels Hidden Within You – is available in both paperback and Kindle editions.

My next book, A Healing Space: Befriending Yourself in Difficult Times, will be published by Sounds True in 2021.