In each moment, the archetypal unfolding of crucifixion, resurrection, and transfiguration is being enacted within and around you. Sometimes old dreams must die, in order for new forms to come into being. This is not evidence of error, but of wholeness, and the relentlessness of love to make its way here.

The relationship you thought would last forever, the career you thought would support you, the dissolving of a close friendship. The falling apart of your health, not being seen by others, the crumbling of everything you thought was so important. The dissolution of all the insights, realizations, and images you have worked so hard to maintain.

The forms that love take will inevitably come and go, for this is the way of form. But love itself is that which is beyond birth and death, that eternal field in which all form dances for a short while only to be recycled back into the vastness, in preparation to be reassembled once again.

Buried within the inner sanctum, there are petals unfolding that are filled with vision and information for the way ahead. Look carefully. Listen closely. Attune to that which has been longing to be known for so long. Provide sanctuary for the unmet, the unheld, and the unintegrated to return home.

Honor the forms of love as they appear, but allow them to depart so that they may continue their journey. For it is one of immense creativity.


Yes, your heart may break as the forms dissolve in front of your very eyes. But it is by way of this breaking that you may be resurrected once again. 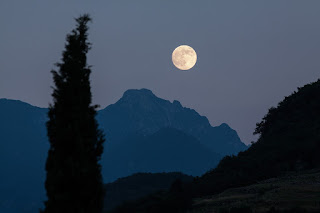