A sliver of hope


The tragedy of relational trauma and disorganized attachment presents itself as a synaptic or cellular sort of fragmenting, which is much more primordial than a mere cognitive dissonance, as it is one that is both neural and rooted in the soul.
Where we simultaneously long for and are terrified of “the Other.” We don’t know whether to step toward or step away. That sort of essence-level confusion and shattering runs through the entire psychic system.

For a young child, the attachment figure is God or Goddess, magician, sage, and seer, and without this person the end is near. But when this figure is also the very source of terror for the little one – or where the other is terrified and traumatized him or herself – we find ourselves in uncharted waters.

It takes everything to sit in this field with a brother or sister who has been touched in this way, who has come to organize their experience around this sort of rupture and betrayal. But it’s important to remember that this response was coherent, adaptive, and creative at the time. In ways that may seem paradoxical, that it was lifesaving and prevented full scale fragmentation.

To provide even a sliver of hope, a moment of safety, where they can feel felt and understood, just one moment where they can re-link, re-associate, re-embody, and know that a new world is possible.

To look up at you and see and feel and sense that you are there with them. That you honor who and what they are and the validity of their experience. That you will not demand they quickly change or transform or heal or be different in order for you to stay near.

Never underestimate the power of love and what we can do to help. Just some kind words, listening to another and their story, holding them, offering shelter and refuge, helping them to feel safe, even if for only a few seconds. 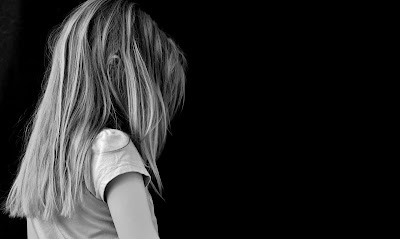 Photo by Alexas_Fotos
My new book - A Healing Space: Befriending Ourselves in Difficult Times
My previous book - The Path is Everywhere: Uncovering the Jewels Hidden Within You
My online course - The Path of the Wounded Healer
Posted by Matt Licata at 8:52 AM