Shadow and the inner healer


At times, each of us is asked to carry the projection of another’s inner healer, which they have lost touch with, a part of themselves which is already whole, despite the confusion they may be experiencing. To bear witness to the struggle of a friend or stranger in a world that seems to have gone a bit mad.

It takes practice to tend to this projection without becoming identified with it. More than anything it requires us to be in touch with our own darkness and unconscious contents we will inevitably contribute to the relational field. Unfortunately, many are not aware of shadow or have the fantasy they have transcended it, the latter of which can be incredibly dangerous.

The goal is to return the projection back to them according to a timeline that is not premature while also not holding on for too long. Navigating this territory with the other is more art than science and often requires some messy experimentation.

It is an act of compassion to allow this projection when needed (and to cut through it when it is no longer serving) and to provide a relational container that can help the other relocate these qualities within themselves. To not shame them for this very ordinary activity, but to validate their genuine longing to reunite with qualities of hope, wisdom, mercy, and wholeness that they may (temporarily) have lost contact with within themselves.

There is often a negative connotation to projection, but we are all doing it all the time; such is the nature of the psyche. It’s so human, really. Without projection, it is difficult to work with the contents of the shadow as they, by definition, remain obscured. The goal is not to never project, but to bring more and more consciousness to the ways we locate subjective psychic states onto others, into the relational field, and into the collective.


It is by way of this increasing consciousness that over time we can withdraw the projection, re-own both positive and negative shadow so that we do not place the burden of its metabolization on another. Through doing so we can bring some relief to this world which seems to need it so badly. 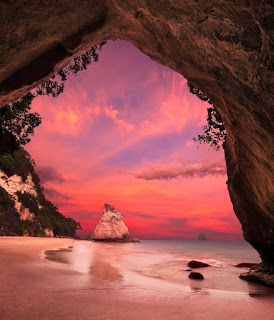 The next event is The Healing Shame Retreat: Spiritual Awakening and Transforming the Core Wound of Unworthiness, April 24-29, 2019 at Sunrise Ranch in Loveland, Colorado, with co-facilitator Jeff Foster
Posted by Matt Licata at 8:26 AM