In times of transition, there is a natural tendency is to rush to rebirth, quickly back into the known, in an urgent attempt to cure, maintain, or heal that which is dying. It is so ordinary, so human, so precious really to resist falling apart and privilege putting it all back together.

But it is only within the womb of death that re-birth can emerge.

The invitation of the night world, spinning out of the slowness and depth – in moments of vision, imagination, and dream – is to not abandon death for it is the seed of life. To not short-circuit the order within the disorder and to remember that rebirth is not possible without embodied attunement to the process of dissolution, which is one of immense creativity.

Allow the death some time to unfold, to share its poetry and its fragrance, which is not partial, but of a light that is whole. During times when things are being rearranged inside and around us, we can tend to what is truly being asked: whether it is to cure death and reassemble the known, or to provide safe passage for the forms to reorganize in more integrated and cohesive ways.

May we honor the forms of love as they come into our lives – the people, the work, the hopes, and the dreams – taking the risk to allow it all to matter, to touch us, as we wander into the mystery. But equally allow them to dissolve so that new forms may emerge, for this dissolution is holy and is what will enchant our world with new vision.


To bear witness to the unfolding and cycling of form as a creative act of the beloved. At times dancing, playing, and turning around the stars. At other times, tending to a broken heart and the shattering of the known. Each an equally illumined aspect of the journey as we engage the sacred return. 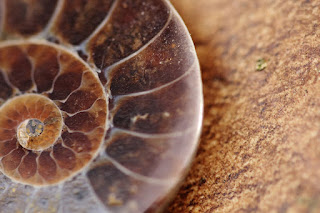 Photo by Makro Wayland via Pixabay

The next event is The Healing Shame Retreat: Spiritual Awakening and Transforming the Core Wound of Unworthiness, April 24-29, 2019 at Sunrise Ranch in Loveland, Colorado, with co-facilitator Jeff Foster
Posted by Matt Licata at 8:52 AM