Life hidden in the shadow


Usually when we speak about parts of ourselves that we have disowned and placed into the shadow, we're referring to less desirable material such as jealousy, rage, selfishness, and shame. Usually, the shadow is seen as the dark repository for all the so-called negative aspects of ourselves, i.e. our unhealthy dependency, unacknowledged narcissism, unmet hopelessness, and the entirety of our unlived lives.

But it is not only negative aspects of self that we dissociate, split off from, and locate onto others. Many of us have lost the capacity to access and embody more “positive” experiences such as contentment, pleasure, creativity, empathy, and intimacy.

Some of us have even disconnected from the simple experience of joy, a spontaneous sense of elation at being alive. I’ll never forget the first time I realized that we could split off from the experience of joy, in the course of some work I was doing with a man who was suffering from depression.

What we discovered during our time together was how unsafe it was for him to express joy, how the experience of simple delight became tangled in his nervous system with danger and the likelihood of incredibly painful rupture with critical attachment figures in his life.

During our sessions, there were times we would become aware of this very simple, childlike, causeless joy coming to the surface as he was speaking about some experience he had, and how inevitably some (subtle) panic or anxiety would be cultivated in response: he would quickly change the subject, generate some sort of conflict between us, “leave” the room and go back into a prior conversation, bail out of his body into some seemingly unrelated fantasy, or even just close his eyes and start to meditate.

After this happened a few times, we became curious about what was going on and were able to explore it together. As he was able to go back in and access and articulate the thoughts and associated emotions and somatic material, he remembered early experiences of how his father reacted to his joy and excitement, becoming aggressive and enraged, demanding that he “grow up” and stop acting like “a baby.” And how in response to all that, his mother shut down and turned away from him to avoid the conflict. He felt so lost, unseen, unheld, and utterly confused.

He came to see how he had equated feeling full of life and natural states of delight, interest, and enthusiasm with being judged and rejected. Over the course of our time together he began to unwind this organization and was able to slowly re-embody to this spectrum of experience and touch the natural joy he had disconnected from at an earlier time in his life.

While the term has a negative, darkened connotation and imagery, it is not only “negative” experience that we place in the shadow, but any material that has not found a home within the relational field. To retrieve the lost joyous little boy and girl is an act of love, really, not only for one’s self but for all of life. 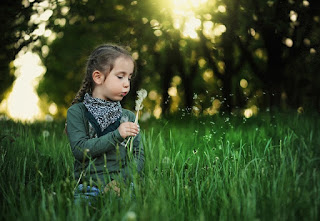 
My online community, co-facilitated with Jeff Foster - Befriending Yourself: Meditative, Nondual, and Depth Psychological Perspectives - is currently re-open for new members. To learn about the program, please visit the site here.

My next book, A Healing Space: Befriending Yourself in Difficult Times, will be published by Sounds True in 2020.
Posted by Matt Licata at 5:00 AM