A story of courage, healing, and transformation, part 3 of 3

A Love That Assembled the Stars – part 3 of 3, the outrageous intelligence of the human heart ...
After some time, she asked if we could continue for a little while longer. Something was bubbling up and she didn’t want to lose the thread. She was discovering that in her family she had so rarely experienced being loved or appreciated as she was. In order to receive love, affection, and attention, she first had to adopt a secondary, compensatory identity structure. Without this substitute identity, she felt ignored, unseen, and abandoned, convinced that she was unworthy in her nature. Unless she could figure out who others wanted and needed her to be—and quickly shift and adjust her outward expression—she concluded that she was without value and uninteresting, and deserved to be discarded.
As a result, like many of us as young children, she learned very quickly which feelings, emotions, and behaviors, even which body language and manner of speaking, were most likely to result in the receipt of affection, attention, and the emotional holding that she so longed for. On the contrary, she also learned which of these same manifestations would result in responses of neglect, mis- or malattunement, and even abuse. Her ability to sort and spin and shape-shift was both intelligent and creative, but it came with a price tag: splitting off from half of what she was, leading to chronic anxiety, feelings of flatness and depression, and a deeply embedded conviction that there was something wrong with her.

In a way that didn’t blame her parents—while at the same time allowing and integrating the profound rage and grief that surfaced in reaction to aspects of their behavior—she saw the ways in which she was an object in her parents’ reality and rarely held as a subject in her own right, with her own feelings and ways of organizing her experience. She and I shared that it was important to not hold these memories as some exact, objective recovering of the past but more about the way she had come to make meaning of her early life. Whether the memories and associated details were objectively “true” wasn’t what was most important; rather, what was germane was the way she had come to organize what happened to her, and even more importantly, how she was continuing to live out this organization in the present.

This is hard for any of us to do, as it requires that we step beyond the role of victim and take responsibility for ourselves, as adults in the here and now. Of course we were influenced by the past, but now the invitation is to stand courageously in the reality that we are no longer young, powerless children in a misattuned holding space. We have capacities we once did not have, and we are being called into new levels of organization and perception.

We consciously long to move forward, to step out of the tangles and limiting perceptions of our early lives, but we may also have an unconscious investment in holding on, in a strange way, to the familiar and the identities we have spent so much energy maintaining. Paradoxically, they still serve a function and protect us from our vulnerability, our sensitivity, and the painful feelings of unworthiness and abandonment that have been buried in the body and the psyche. Holding the tension of these opposites—of genuinely wanting to heal and not wanting to confront what we know that healing would require—is a critical art to learn on the path of wholeness, and an important alchemical milestone along the way.

In the course of her inquiry, she shared memories of how hard she tried to be seen as special, as unique, as worthy of being loved just as she was, all centered around her profound yearning to receive the empathy, mirroring, and attunement that she did not believe was available unless she became someone else. And how she had transferred this very same relational template onto her adult life and relationships with lovers, friends, family, coworkers, and spiritual teachers. And in the spirit of classical transference, how she related to me from this template and how this organization colored our relationship. She and I spoke about this always being a two-way street with the therapeutic couple, as my own unconscious organizing principles and complexes interacted dynamically with hers, forming my own countertransference contribution to the intersubjective field and crucible that existed between us. We had talked about this before, but where we both were now—vulnerable, shaky, a little fragile, but so alive—it took on new, embodied meaning.

As we explored this template together—and the ways it was impacting her current relationships, including our own—in a really embodied way, she met this deep wound of unlove in the center of her chest and felt it expand out into her throat and into her belly. She touched it in a full-spectrum way, sending her awareness and holding into its cognitive, affective, physiological, and behavioral manifestations. This was not easy for her and we had to stop and start as periodically she would begin to travel outside her window of tolerance into overwhelm. But slowly, over some time, she was able to tolerate, then contain, and then in the most miraculous way practice kindness toward this old material. It was personal, yes, but also had transpersonal and collective implications, describing how she (and all humans, and perhaps other sentient beings) had come to organize her life around avoiding or remedying this wound of unlove, including her relationship with her spiritual life and community.

She went on to share with me that it strongly felt as if she had lost a part of herself, a piece of her soul, to this trauma of unworthiness, that it had been taken from her by some sort of being who represented the qualities of shame, wretchedness, and unlove. At times, she took this image literally, describing to me these archetypal beings of unlove and what they looked and felt like, which I associated with the wrathful herukas of Tibetan tradition, such as Vajrakilaya or Yamantaka.

At other times she related to it metaphorically as a bundle of thoughts, feelings, and emotions that had become tangled within her. But what was most fascinating to her in the course of this part of her inquiry was that she clearly saw how an important part of her intention to be an “awakened” person and to become “enlightened” was avoidant in nature, organized around defending against this primal wound of unlove. Of course, this avoidance didn’t account for the entirety of her spiritual aspiration but it was a part that she had never recognized, and from her perspective it was significant and worthy of further exploration.

In some ways, it explained so much and made so much intuitive sense to her; this realization really unlocked something in her psyche and deep within her body. It was exhilarating for her to see, while simultaneously raw and painful. It was as if she was completely naked before the universe, with no idea what was to come next. Who would she be without this compensatory identity as the unlovable one? How would this change her intimate relationships, her work in the world, her friendships, and her relationship with the spiritual journey?

Rather than attacking her defensive organization as “unspiritual,” neurotic, or evidence of some sort of “personality disorder”—being careful not to reenact the misattunement she had felt so often growing up—she and I worked together to reframe the realization and open to being grateful for the protection and feeling of safety that her avoidant strategies provided, while at the same time acknowledging that she was ready to take the next step: organizing her experience in a new way. Yes, she would have to come face to face with all the unmet emotions and aspects of herself, those hidden core vulnerabilities and feelings of unlove that her protective strategies had more or less successfully defended her against. But she knew that this was where she was being called. And while it was unlikely that she would be “perfect” at it or would be able to feel safe all the time or in a consistent state of flow and joy as she did this work, this was her journey. She believed that this was why she had come here, to do this work, not just for herself but for all beings everywhere. I was in awe of her courage, dedication, vigilance, and her relentless love of the truth.

As she re-embodied those feelings, sensations, and soul parts that she had lost touch with over the years, and allowed them to penetrate the deepest levels of her body, psyche, and heart, I could feel the opening and expansion in and around her. Just being with her allowed me to touch many of these same places in myself, and I was grateful. As she led me through the open door, we touched the preciousness of this life together, the sweetness, the chaos, the heartbreak, and the glory. We had traveled into the darkness and the light and the pain and the bliss, where stars and galaxies were born and died. We were left in awe of the unbearable magnificence of this human body, these senses, the fragility and sensitivity of this brain, heart, and nervous system, and with a raging gratitude beyond words for the mystery that is this journey, for the love that assembled this universe, star by star, cell by cell. 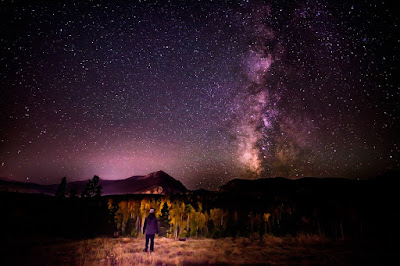 The next event, The Magic of Being Fully Human, to be held in Ojai, CA on October 14-15.