In a moment of liminality and transitional space


It’s compassionate and also merciful to step back and acknowledge how much we’ve been through this year. Just to be alive as a human being on the planet right now carries with it a certain tone of activation in the body and nervous system.
It’s like there’s been a continuous drip of a soul-level cortisol or adrenaline, on the one hand, and a collapse into hopelessness/helplessness on the other – an alternation between hypervigilance and a numbing or shutting down.

Each of these responses and the bodily felt arousal that accompanies them are coherent and make sense. In addition to our verbal narratives and stories, there are the stories of the body (somatic narrative) and also those of the nervous system (autonomic narrative) that weave together worlds of meaning.

Underneath it all, a deep longing to rest and to feel safe again in our bodies, to re-tune and enter consciously into the next phase. Something has fallen away that we will never be able to return to, but the exact nature of what’s coming next has yet to be given.

This not-knowing where we’re headed can generate that deep, even cosmic sort of restlessness that many are experiencing. We are in that period of liminality and transitional space, in between the way things used to be and the birth that is yet to come.

The temptation is to get out of the in-between and into the rebirth as quickly as possible. But if we bypass the reorganization prematurely, we will not be able to receive the gold that is found only within the core of that which is falling apart. This is the invitation into the rich, alchemical yellowing.

This is a difficult realm to navigate as it is not held as valid and honorable in our conventional world. But it is one of potential and creativity, a doorway to experience that is not always available in times of certainty and flow.

In the very center of the paradox and contradictory energies is the water of life. It is a courageous journey into that territory and one that will surprise us.

It may grind us into dust, but it is the particles that survive that initiation that form the golden neural and soul-scaffolding of a new world. 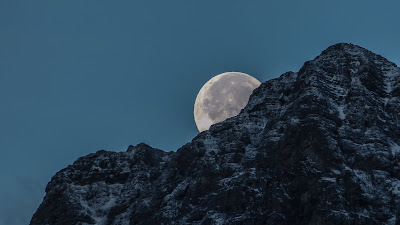 Photo by Kym MacKinnon
My new book - A Healing Space: Befriending Ourselves in Difficult Times
My previous book - The Path is Everywhere: Uncovering the Jewels Hidden Within You
My upcoming online course on Resting Your Nervous System: Embodying a Trauma-Sensitive Spirituality and Discovering a Felt Sense of Safety, starting March 1st, 20202 - Befriending Yourself: Finding Safety and Rest in Difficult Times
Listen to two recent podcasts where I was interviewed:
with Tami Simon of Sounds True on Insights at the Edge
with David Newell of the Inner Truth podcast
Posted by Matt Licata at 9:02 AM