What will arise from the ashes of the known?


So much has fallen away over these last weeks and months: so much that you thought you ‘needed,’ the identities you believed you had to maintain, your hopes and fears about love, why you’ve come here, and what your ‘purpose’ is. What you knew just a few days ago is being replaced in the here and now as updated revelation. The truth is that you are no longer sure of anything… except that an old dream has died.

Yes, the known has been removed, but what will arise from the ashes of the way you thought it was going to be?

In these moments, the temptation is to spin quickly to recover the lost ground, to replace the confusion with clarity, to find a new (more ‘spiritual’) identity to merge with, and to surface unscathed from the cosmic birth canal and back into the known. Yet something is different this time… you are aware of another voice emerging out of the thunderous silence.

Honor the death that is occurring, the jewels buried within the darkness, and the implications of just how purifying the movement of love truly is. It is rewiring synapses and laying down new grooves in your nervous system, and rearranging the cells of your heart. And while this activity is exhilarating on the one hand, this level of creativity and reorganization will simultaneously be bewildering and terrifying to egoic process and the ancient longing to be ‘someone.’

Consider the possibility that you need not establish another identity or replace the confusion with clarity; that nothing has gone wrong, that you have not failed, and that nothing be shifted, transformed, or even ‘healed’… for now. For now you are being asked to provide a sanctuary in which you can rest in the center of the fires of groundlessness, and where you can offer safe passage for the stormy waves of complexity, confusion, and contradiction.

See that the beloved is always near, taking form as the ‘other’ in all of his or her disguises, in ways the mind may never understand. He or she will always be close, walking side by side with you into the secret caverns of your psyche, your body, and your holy nervous system. But will never, ever protect you from the unfolding and illumination of your raw, beating heart. For he loves you too much to do that.

Rest now. You are right on track. 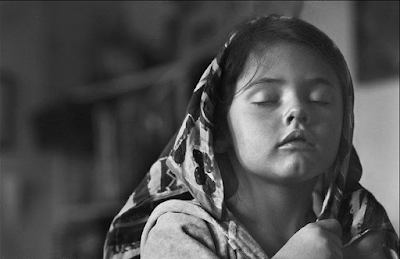