Empathy, resonance, and the mysterious dance of lover and beloved


On my flight from Denver to Oahu yesterday, I sat next to a lovely couple who must have been in their early to mid 70s. I was struck by how attuned they were to one another - the slightest cue from one was met by the other and responded to. I could literally feel in my body that they each felt fully contacted by the other, while from time to time they would go silent, return to their own individual activities, infusing the environment between them with a warm, tender space. They remained connected, but separate simultaneously - and would meet each other's glance from time to time as if to assure the other that all was well in the world. No words needed. It was as if I could feel their mirror neurons coming online together, empathically in resonance with one another, tuned into just what was needed in a given moment.

For some reason their dance, their play, their love... it really touched me, so much so that I actually found myself crying. I didn't want to make a scene or make them uncomfortable so kept to myself as much as I could (I know, those that know me, it's not like me to 'not make a scene' or refrain from 'making others uncomfortable,' especially when it comes to tears, love, vulnerability, and falling apart. I really was trying to behave; it was only 45 minutes into a long flight after all).

It was then that they pulled out their video player and were going to watch a movie together. I was curious how they would be able to remain connected and do this as there was only one headphone jack on their iPad. Would they alternate? Knowing them (as I had for about 20 minutes now), I was sure one would just sacrifice the sound for the other, and they'd switch periodically. Before I realized exactly what was going on, the gentleman pulled out a Y-shaped thingy which allowed them to both plug their headphones in at once. I lost it. It was so perfect - and so them. Just more attunement and connection, this time taking shape as some weird looking modern electronic device. The tears flowed even more in reveling at their sweet connection.

They finally glanced over at me, my intention to not create a scene lost to the crushing power of love that flows between two people. They both just smiled at me and the man patted me on the shoulder, his eyes near bursting into tears himself. We all just shared a moment together, outside all time and space, with me so grateful that they allowed me into their sacred world for just a moment, and into the mystery of lover and beloved as it unfolds here, into eternity.

Postscript: I just shared this post with them (couldn't help myself). Now the three of us are just sort of silently weeping together, holding hands... as we descend into Waikiki... three new friends, held by the beloved and her mysterious ways, and the sweetness of a Hawaiian sunset. I feel quite confident I could die now. To know even one sliver of this love... I've been given so much more than enough. 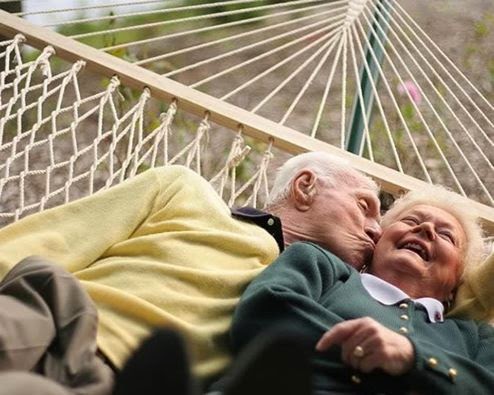