Last night I dreamed of a red moon...


Last night I dreamed of a red moon,
Permeating me with her most blessed grace.
Looking up in awe at her, I was taken into heaven,
Shown the other worlds,
And revealed the mysteries of creation.

Could there ever be anything as magnificent?
Is it even possible to imagine
Wanting anything more than this?

It was then that I was offered a choice:
To remain here, to dance with the moon in heaven forever,
Infused with divine presence and endless beauty.
Or just one moment with the beloved one,
Holding her, touching her hair,
Entering into such sweet union.

The moon said, “Choose carefully,
For everything in this world is awaiting your decision.”

Behold the yogi of separation and union,
Forever following the beloved around the moon,
Practicing the yoga of a broken open heart.

The most graceful red moon that has ever been –
beyond words, beyond time, beyond space,
the purest of all divine revelation.

In my dream, I was offered
The most lovely view of heaven.
But I’d rather be with you. 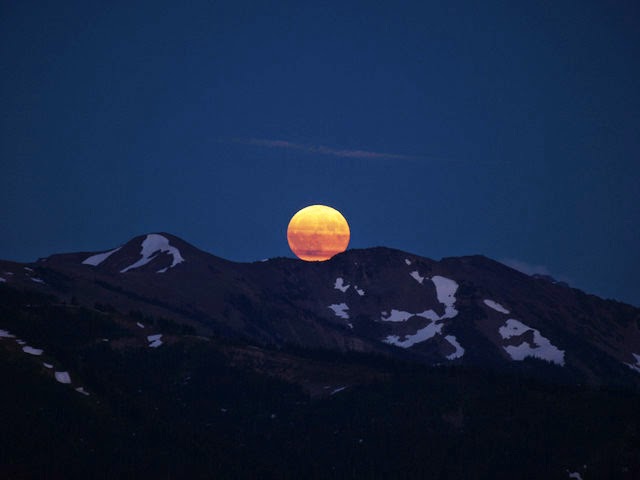